I woke up being rushed into the trauma center at

Please continue to the "What happened next" page

Shortly there after I was placed onto a board.  The road was covered in gasoline.  I had just filled up the tank that very evening and later was told that was the only reason why the gas tank didn't explode. 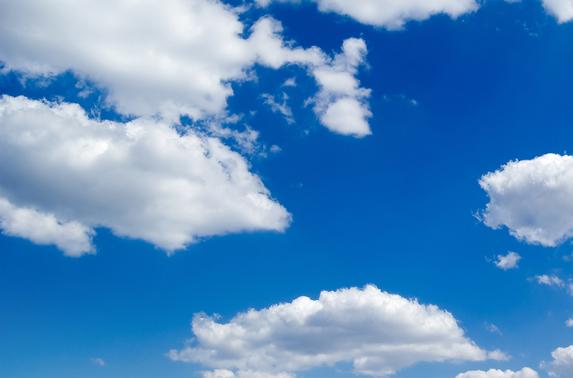 How Erase Your Fear came about...

As I slept a nightmare overcame me.  I dreamed that I was in my car.  The air, the car, my skin, my clothes - everything was in color and the most beautiful shade of Blue.  So beautiful that I called  it Blessed Mother Blue.
As I looked up and turned my head to my right, I was overcome by fear.  A Scarlet Red Bull was starring at me.  Our eyes locked.  The bull couldn't have been more than 5 feet from me.  Just then I woke up.  I finally went back to sleep.  Upon waking I told my mom about that strange dream.  I told my co-workers about my dream.  That evening I told the friends I was with about that dream.

At the close of the evening, I dropped off my friend Don, and as he crossed the street, he turned to me and said...

"Talk to you tomorrow, and put your seat belt on The Right Way."

I assured him it was on.  It was.  The correct way.  Not the slip your arm through so not to wrinkle your shirt sort of way.  It was on right. 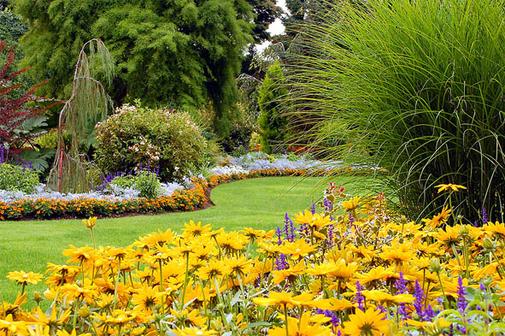 She hit me broadside and shoved me into the traffic light which was in the center of the highway.  My head hit my drivers side window. As I held my head, I tried to control the car so not to hit anyone else. 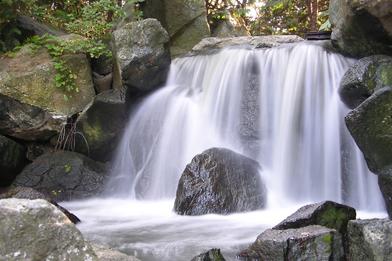 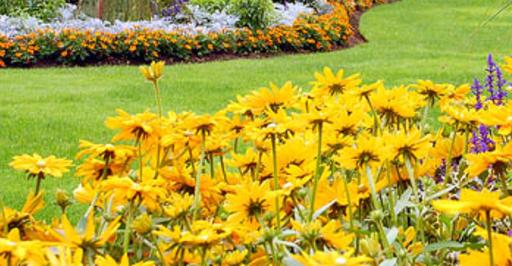 Because the accident happened outside of a diner, many people ran outside to see what happened.    I remember thinking  -  "Oh S_____!  Mom's gonna kill me."

Eight months earlier a guy ran a stop sign and hit me straight on by turning into my lane.  Now someone ran a red light.  Well my next thought was I needed to call the police but I then noticed that my phone battery had popped off of the phone which, was on the floor.   Yeah, like no one had called the police already.

Now I don't mind telling you that I was more than a little nervous.  My purse was spilled and my wallet exposed to anyone who might come by.  The teenagers lined up on the side of the highway were trying to cross to my car.    That was so weird.  They couldn't cross.

They were sort of bent forward like they were going to make a quick move to cross the highway but couldn't.  I was starting  to see stuff that wasn't there.  Must have been hallucinating because the teens were there, solid and life-like but the cars... as they went past me they were sort of opaque in color sort of sheer.  Yet all traffic had stopped.  I was worried about my wallet.  I was taking my son on our first real vacation just him and me and I had $700.00 in my wallet, all I had left in the world till my next pay check.  It was summer vaca and I was recently divorced.  My job was solid and I had been there a year and a half so I figured we could wing it.  My car was almost paid off and I just threw in two thousand bucks for repairs to keep it going for another few years plus all of our stuff was already in the car ready to go.  Now our clothes and everything else we had was all over the high way.  So yes, I was worried that someone was going to take my wallet.

It was right about then that I noticed a very tall woman walking behind the crowd.  She walked to the end of the long line of bystanders and then walked diagonally across the highway right to me. 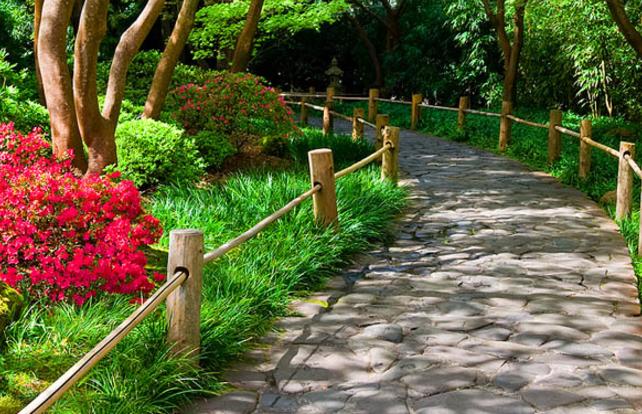 It was early somewhere around 10:30 pm and an easy ride home, about 20 minutes so I wasn't in any rush.  "Footprints in the Sand" was on my  country music station.

I stopped for the Red light.  The light turned green, I looked both ways before proceeding especially since it was late.

My Perrifial vision picked up a light coming from my right.  I turned my head.  The car was already upon me maybe 5 feet from me when I saw it. I tried to get out of the way.  Well, long story short... She ran the red light, She had a red car.....and  She went through me like a Bull. 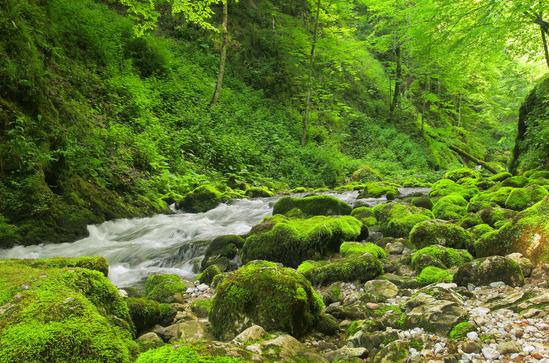 How This Came About. 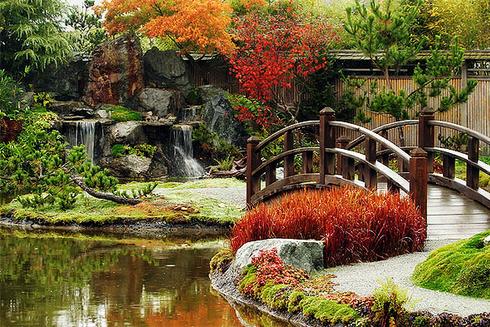 I kept telling the officer that my life was in my purse please don't misplace it.  He said he wouldn't and he made sure the Medics knew that also and I heard him say "Make sure nothing happens to that pocketbook."

I must have passed out in the ambulance.  The last thing I remembered about that ride was the woman medic on board said she had to cut my bra off  to get me ready for the hospital.   I protested but she said she would cut it down the middle so I could have it restitched.

Well, wouldn't you pass out if someone told you that your brand new, just wore it for the first time Fredericks of Hollywood Bra was going to be cut in two?  I did.

It all happened so fast.  I wanted the car to stop but it was still moving.

With my car still moving down the highway, I now bounced on and off of the divider and finally I was aware of 2 distinctly different voices talking to me. One said: "Roll with it"  the other said:

"Put your arms over your face and pull your knees up."  Ok.  I don't know about you but when I hear voices such as these, and no one is actually there,  I do what I'm told.  Don't forget...  these were two entirely different voices and they weren't  with me in the car.  I heard them Up Ahead Of Me.  Almost as if they were trying to work things from the outside.

Right about now, I was getting the feeling of moving up high  in the air.

I tried to look out of the window but I was not able to understand at that time why everything looked gray.

I remember verbalizing the words "Jesus, I'm in your hands."  I said this as I let go of the steering wheel.

I placed my hands/arms over my face, and let the words which were spoken to me take over.

I rolled with it.  As I felt the car tilting to the right, instead of fighting the situation,  I "Rolled" with it

my belt was on but my body rolled with the direction the car was going catching my body in between the two front seats and my knees up against the passenger seat.

I was in midair and I felt lightheaded and things were turning gray.

With every crash of the car coming down and hitting the pavement  my head hit  also with only  the roof or the floor between me and the pavement.

I awoke, still overturning  and remember hitting my head 3 times and thinking "oh ____ my teeth."

As the car stopped flipping over it began to slide backwards for what seemed like forever.  All I could hear was the sound of scraping metal on the highway.     I remember screaming Stopppp!  Then, it did.
When the car stopped, the silence was deafening.  I pulled myself up to survey the situation.

under the dashboard?  I looked around and saw the crowd standing on the side of the highway.

I remember looking at her intently watching every move she made.

In fact, she was the only one to come near my car.  All those people and only one person crossed that highway.

I think using her as a focal point helped.  I remember years ago  hearing my mom saying that if you are ever  in an accident,  that if you get hysterical, the medics will knock you out so I stayed super calm.  Well, what can I say?  I don't like to miss anything.

This woman was very tall, taller than average.

She was wearing a white tunic top, simple blue jeans, and blue Keds sneakers.   She had big fat banana curls, dimples in her cheeks and she was black.  The fact that she was black is an important one and I'll tell you why a bit later on.

She tried to open my drivers side door.  It would not move.  She tried the back door.  No luck.
She now went around to the other side.  She managed to get into the back seat  and reach up front to unlock the front door.

She got out of the car then got into the front seat.

With that she stopped what she was doing and looked me right in the eye and her finger in my face quite determined that I should remember what she was going to say.

She said... "The accident was Not your fault, the police were already called and on their way and  you're going to be fine."

She put my wallet into my purse and put the battery onto my phone and placed that also into my purse.  Then... She sat there and held my hand.

I looked at her.  There was silence.  She didn't do anything but look straight ahead.

I looked right at her and I said... "Please tell Jesus that I said thank you."

With that I heard the sirens screaming.  Now a policeman was getting into the car.  She was getting out.

My mind was staggering as my thoughts were racing: "how is she getting out while he is getting in.  The car, it's a Chevy Llumina.  It's not that big.

I said to the Policeman,  "Please don't let her leave, I want to thank her for staying with me."  The cop was like:  "There was somebody with you,  where?"  He spoke this as he was looking into the back seat.

I said " No not in the backseat, she's right there.  Don't let her leave."

"Where?" he said once more. I told him I was looking at her outside by my front right fender.

He told me we could argue about it later but he needed to place a blanket over my head so they could break some glass to get me out.   He asked me if I was bleeding anywhere.  I told him that my head felt like a hot river pouring over it.  He checked. No Blood. Then told me that the nerve endings were most likely all jumbled up then asked me if I lost conceinseness and was I aware that I overturned 4 possibly 5 times?

I told him I remember everything going grey and opening my eyes and hitting the ground three times.

I could feel my teeth smashing together and breaking in my mouth.

So I'm still looking at her.  The blanket goes on.   The blanket comes off and she is still there.  I blinked my eyes...She was gone.