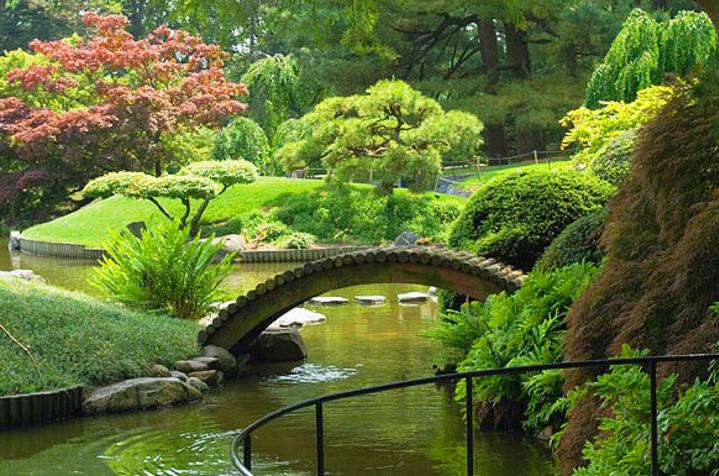 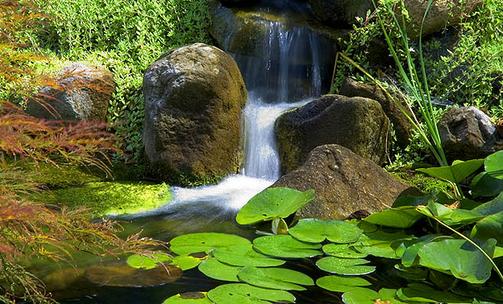 Arch Angel Raphael:  This guy has quite a sense of humor.

The Blessed Mother:  The 18 Month Novena,

Mom got the news.  She once again had Breast Cancer.

This was bad.  She had it before, I would not have this  news again.

I began my novena to Our Blessed Mother of Guadalupe one evening before bed.  This continued for eighteen months.

Night after night I said my prayers and then did my novena faithfully.  No t.v.  No music on.  Just me, my angels and the Blessed Mother.

I was always told that to do a proper novena, you should give up something you really like or love and so I gave up ice cream.  Anyone who knows me, knows ice cream is my favorite food group.

Truthfully, I never expected the Blessed Mother to be there.  I had always thought that the angels hearing my novena would carry on and deliver the message to her.  After all,  She is much to busy to ease drop (pardon the expression) on my prayers.  After all, who am I to expect an audience with The Blessed Mother?

Sometimes I breezed right through the novena and sometimes it was quite emotional.

One evening in my room, sitting on my bed, I was saying my novena and getting a bit annoyed actually.  You see, I was hearing music, soft at first then getting loud.  Thinking it was coming from the open window across the room and from the driveway,  it was really annoying me.   I was going to get up and go to the window and ask whoever it was to lower it.  That's when I noticed no, it's not coming from the driveway.  It's coming from the wall?  The wall right next to me.  The music was beautiful, then the most beautiful voices started singing and getting louder.

The voice said:  "Frances, don't worry, your mother will be fine."  I went dumbstruck.  I couldn't speak, think,move...  I don't recall if I said thank you, or even, Can I tell her?   I couldn't say Anything at all.  When She finished speaking, the music and singing started to fade out as The Blessed Mother left the building.  Everything left in reverse order from whence it came.

As it turned out, I'm glad that the Blessed Mother didn't actually let me see her.  I'm sure that she knew if she actually appeared, I would have fainted.   I know that I would have for sure.

I must have sat there a good ten minutes, started to cry, ran to the bathroom, washed my face and thought about what had just happened.  Well, this certainly proved my theory...

The Blessed Mother knows our names.  She knows every one of us by name.

I must have bothered Heaven quite a bit for The Blessed Mother to make a special appearance such as this.  My angels must have been quite weary taking my messages back and forth for eighteen months.  Still they prevailed and carried the weight of my prayers with them.  No one can or will ever convince me that this didn't happen.  I know it did.  Hey, I have a good imagination, but not this good.

In the eighteenth month it was my niece's birthday.  The "Big 12" I Believe.  Somewhere along that month, I finally mentioned to mom that I had  been doing a novena for her and that was why I had not been enjoying ice cream.  Believe me, the family noticed.  Mom called the doctors office.  " I'm scheduled to come in tomorrow to get my test results but I would like to know my test results now please."  "I'm sorry." Came the reply.

"But" mom continued.  "It's my granddaughter's birthday and I need to know if I can or cannot serve ice cream."  More protesting from the nurse.  "Please, my daughter did an eighteen month novena for me to have a clean bill of health and she gave up ice cream for eighteen months.  I need to know if this birthday party is going to enjoy some ice cream tonight."  Finally the nurse said she would ask the doctor.

The nurse called back.  The answer was... "Your doctor said to Tell your daughter she can have ice cream tonight.  You are cancer-free."  Another Miracle.

Believe with an open heart.

Arch Angel Raphael has quite a sense of humor.

For Christmas I had received four books that I very much wanted.

Around March I started to read them.  They were about four Arch Angels.  Michael, Raphael, Gabriel and Uriel.  I started with Raphael.  He is the ArchAngel of Healing.  Known as The Doctors Angel.  Also the angel of creativity.  I began.

The book tells you to talk to Raphael the way I am talking to you right now.  Calmly.  Like we are old friends.  We can tell each other everything and anything.  Express any concerns - especially health matters.  So I began to build a friendship with this very special ArchAngel.

A short while later I noticed some changes going on "down there" that I felt were not right.

I was also losing weight all over, except my lower abdomen.  This isn't good I thought and I went to the doctor.  I was still recovering from  broken back issues  so I was still on Medicaid.  I found that I had an Ovarian Tumor which was quite aggressive.  I couldn't get a doctor to operate.

When I did finally find one he said:  "We'll just reach up there and rip it out and send you home. No problem."  I was shocked to say the least.  The nurse took me in sign the pre-op papers and such and I remember shaking and crying.  One important thing I should mention...  I Don't Cry -  It has to be something really big or cutting for me to cry.

When my mom asked what was wrong I said "I don't know but if he operates on me, I won't get off of the table."  Meanwhile the doctor told me to take Magnesium Citrate the night before surgery to clean me out.  We went home.  I was scheduled for surgery in five days.  I overheard the nurse ask mom what was wrong.  Mom told her that I'm very psychic and  I just know things.  Funny it works that way because if I Want to Know something, it doesn't work. LOL

After the initial being upset, crying because no one would operate and my abdomen was getting larger by the day, I was reminded that everything happens for a reason.  Mom took me to a Gastroenterologist.  He said that my films were too black and he wouldn't even touch me because he could cause more harm than good.  He said, to go on a liquid diet for 5 to 6 weeks as he couldn't see me before then.  I would be ok on liquid protein drinks, sports drinks, meal replacement drinks etc.  but No Food.  The tumor was lying across my colon preventing any bowl from coming out.

Meanwhile, he gave me some amazing advice.  Pick a day to go to the hospital if this gets much larger before he could see me again, and remember to tell them one thing.

Ok.  We went home. I told mom all of my important stuff, where things were if she needed them, paperwork etc.  Also that I was not having surgery.  She tried to talk me into having it.  I went to bed that night and had a very strange dream.

In this dream, I was on a gurney waiting for surgery.  The orderly brought me into the O.R.  Green tile everywhere.

I am lying there and the most handsome doctor walks in.  He has dark brown wavy-curly hair, a big confident smile, just beautiful.  He walks over to me and says:  "Come on, Lets Do It.  Let's get this thing out.  Besides, your going to be fine."  I said:  "But your not Dr. Butler,  I want Dr. Butler.  You're much to young to be Dr. Butler."  I wanted Dr. Butler as he was moms surgeon.  An Amazing doctor who handled moms six hour surgery like a piece of cake.  He couldn't take lymph nodes so he was a no-go.

The dream doctor said to me: "No, I'm not Doctor Butler, but I got you someone just as good."

Now the doctor steps back.  He is looking over a clipboard and  his hair is no longer wavy-curly gorgeous.  Now it is short brown, with dark Green streaks going through it and combed straight up !!!

Needless to say, I awoke the next morning laughing.  The Doctor was ArchAngel Raphael.

He was telling me that I would be fine, so have the surgery.  It was so important that I have the operation that he showed up to convince me to have it, and what a sense of humor.  I had been meditating on him with his color, Dark Green.  Being an ex-hairdresser, I notice hair.

He had green  in his hair so I would realize it was him.  And something else totally miraculous... he did get me a doctor just as good as Dr. Butler.  Of the three doctors who treated me in the E.R.,  The one who took on my operation was Dr. Butler's Partner.  Thank you Raphael.

Turns out that I had triple cancer.   They went in for one and found three: Ovarian tumor (21 cm by 11 cm), Cervical Cancer, Uterine Cancer and I then had a total hysterectomy.  I guess there's lots of work to do.  As of this writing it's now thirteen years later. Another Miracle.  My Heavenly Home Boys and Girls are working overtime.  Thank you.

We had been watching The Blessed Mothers Apparition in Georgia where She was appearing the thirteenth of every month for quite a few years.  This day,  it was being televised as it was the final appearance she would  be making to this state.

Mom took two pair of Rosary beads out and placed them onto the coffee table.  One was a very expensive pair of crystal Rosary beads and the other beautiful blue Blessed  Rosary Beads given to her father by a Nun to give to mom before a serious surgery.  As mom said,

"Anyone comes in here while I'm watching this program is going to do the Rosary with us."

Well after the televised show mom left the beads on the table.  Normally she would have put them away.  A couple days had passed.  Mom picked up the beads to put away and noticed something strange.  The crystal beads were  still crystal beads but the blue beads given by the nun with the large area where the Blessed Mother was placed was a different color than it had  been.  Not only was it a different color but Only the Blessed Mother had turned Gold.

For Weeks, every time mom had turned on the tv or opened a magazine she would see something about breast cancer.

She was not listening.  Finally the Blessed Mother Turned Gold to catch her attention and make her notice.

This cast of the Blessed Mother was one piece.  Not several together.  Only the Blessed Mother Turned Gold and was blessed by the televised program.  Also, I'd like to mention that the Blue Rosary Beads were very simple inexpensive beads and was The Blessed Mothers color, Blue.  The Blessed Mother was sending mom a message.  Unknown to mom, I had gone to the Breast imaging center because I had pain in my right breast.   I was cleared.  I came home and told mom I had gone for testing.  I told her that I had made an appointment for her to go because if it wasn't me showing positive for the breast troubles then it was her.  As an Empath I feel pain or symptoms in other peoples bodies and it sticks around until the message goes through.   Until it gets delivered.

A message for mom to go to the doctor.  She went and yes she had breast cancer - again.