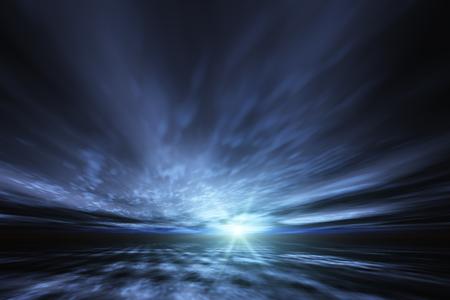 Mom was waiting for me in the E.R.  She was happy I was all right but then it hit the fan.  "You hit a pole?"  "That's it, you are never going out at night again.  You got that?!"  Woe.  Hold on...  "Mom, SHE Hit Me !  I was on my way home."  Mom didn't know this.  A nurse called her to say I was in the hospital, it's bad, come in.  Your daughter hit a pole.  Yes, I did hit a pole but not until the other driver hit me pushing me into a pole. Well, I told her everything that happened  I also told her about the woman who helped me and by then my stomache was getting kind of hot.  More like my back right through my center.  I told mom to please tell the nurse or someone.  I said "not to worry but I'm getting hot in my middle."

She later told me that when she told the nurse this bit of news, the whole team of doctors swarmed the ex-ray lights where my films were up and there it was.  They found it and sent me down for more tests.  They missed a T-12 /L-1 Burst Fx of the spine.

I did tell you that I would let you know why it was important that the woman who got into the car with me at the accident scene was black.

After the photos were developed, she was in them.  Right on the hood of my car,

her image, a Black Angel with wing tips, Rosary beads and a Halo.

No one goes near or on towards death alone. 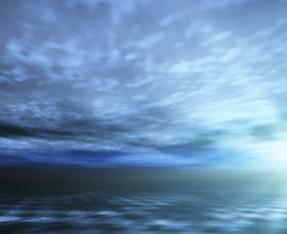 hospital.  So very fast.  When I arrived in the trauma room I was so very cold that... O'k.  this is hard.  I am going to sidestep one moment to pre-pare you.

God Forbid you are ever in an accident of this caliber this is what happens...

You are cold because they take every stitch of clothing off of you.  So if you don't die from the accident, you practically die of embarrassment !  No clothes.  No sheet.

I was freezing.  I kept my purse which was sitting on the table in the corner as a focal point and just watched it.  That is I just watched it until they tried to turn me over.  I screamed so much, so loud and made sounds that I didn't know that I was capable of, that I actually scarred myself.

I was hurting - badly.  My skin felt as if it were on fire.

The doctors could not touch my skin without me screaming from pain.

Every inch of my body was in trauma and spasm.  I heard the doctor shout for someone to get something into my I.V.  I asked the nurse nearest to me what he asked for.  She was very kind and told me I.V. muscle relaxers because every part of my body was in spasm, that they couldn't touch me without me screaming and in so much pain.  A few minutes later the exams continued.  Because I was awake, they didn't have to run tubes up my nose and down my throat.  I did however have to drink that horrible drink, contrast I think it was called.  They gave me a straw and I had to drink it so they could get the pictures they needed.  I certainly didn't want tubes so i drank it.

They ran a catheter.  They took blood.  Oh, and get this.  The medical report when I finally did see it months later,  said that I had Opiates in my blood.  Can you believe it.  Anyone who knew me, knew that would be impossible since I didn't drink, didn't take drugs or anything else.

And do you know why the report said I had opiates in my blood?

Because they took blood After they shot me up with enough muscle relaxers  to choke a horse.  They checked me for internal bleeding, broken bones, yadda yadda yadda and I don't know what else. Finally I was dressed in a gown and sheets. They sent me for scans, ex-rays and what have you and then cleared me for the E.R. so I could see my parents and register me a room as I would be staying for awhile.

Oh yes...while I was either overturning or in the ambulance, not sure which,

I went home.  Astrallly.  I saw my son, still up at 11 pm or so.  I watched him turn towards me, get a frightened/nervous look on his face.  He grabbed a blanket and quickly ran into the kitchen by my mom.  Mom was at the stove opening the oven door.  He sat down with his blanket wrapped around him.  He looked frightened.  Mom looked at him then she looked worried and I was back in my body.  They received the phone call somewhere after this.

While I was getting  more ex-rays,  mom spoke with the police who were still at the E.R. as they didn't know if they were arresting the woman who hit me for velicular manslaughter if I passed over.

As it turns out mom told the officer about the woman who stayed with me and that she wanted to thank her.  The cop was dumbfounded.

He said no one was in the car with me except his partner, then said

"and  believe me, my partner is No Lady."

Fear  is a strange thing.  Faith is stronger.  While fear can make you run or be paralyzed by it,  Faith  can bring you to a

situation, make you stand up to it or fight for it.

Update:   The Accident was Not my fault.  The Police were called and on their way.  And while yes, I have/had nerve damage, co-ordination mishaps, survivors guilt, trouble moving, tremendous pain, broken teeth, and could not drive for 13 years,  I Am Fine.  To look at me, you would never guess that I had been in a horrific accident.   Have Faith.  Choose Faith.  Believe me, You Want your Heavenly Home Boys and Girls on your side.

Erase your fear of Death from your mind.  If you are chosen to stay after a horrific accident, you will always grow from it.

The people around you will grow also.  Everyone will grow and learn and it's worth it.  If you are chosen to leave here,

Know that you are a chosen one also.  It could be that your mission is accomplished.  It could be that God knows that later down the line you may have something go wrong with your body or mind and he doesn't want you to suffer.   God wants special angels on his team for special assignments, for gaining more brownie points in Heaven and you get to help others from a better place.   Know that you are extra special.  You may need to leave so that you can come back quickly to do something more important in your next lifetime.   We are all energy and energy Never goes away.

Your next assignment into this earthly plain could be the trip of a lifetime.

The Secret to Erase Your Fear

The Secret to Erase Your Fear is this:

1.  Knowing.  Just Know and accept knowing that all is well.  That God has it all under control.  He is the Master Designer and He will Erase Your Fear.  All Your Fears if you just

Know that He Will.

2.  Accept It.  Accept that What will be will be.  No use fighting it.  That never works.

By Surrendering all of your sadness, hurt and any other kind of misery you may harbor deep down.

Go to God, Jesus and Mary with an open heart.  Be honest, be caring, be open and listen.

6.  Erase the Fear of Death from your mind.  Stop thinking about it.  The more you think about it the more darkness you will draw into your life.

7.  Live Life.  God designed you and gave you a beautiful life to live and enjoy.8.

Do these things and You Will